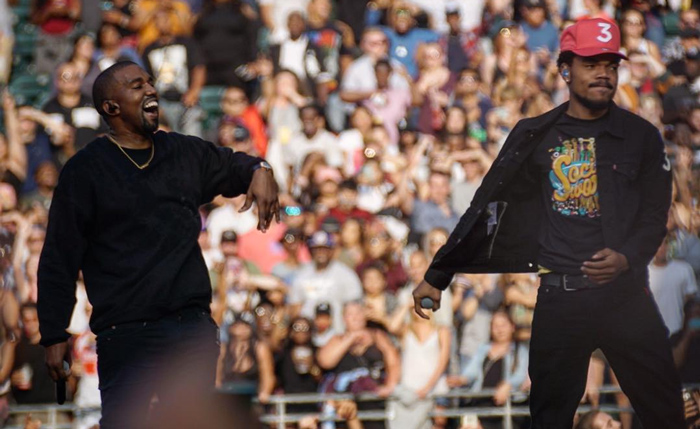 Kanye West and GOOD Music just rapped up a monumental run of 5, 7-track albums in 5 straight weeks and they were all produced by Kanye. That run is over but the 7-track album produced by Kanye doesn’t seem to end here. There’s rumors that Chicago’s Bump J is working on one with Ye as well as Chance The Rapper now.

Chance will appear on Peter Rosenberg’s Open Late show on Complex tomorrow and in the teaser clip they just released, it confirms that Chance has an album with Kanye as Peter asks “Do you have any timeline for the 7 song Kanye album”

Pulled a heavy hitter for our season finale … thank you @chancetherapper !! @ComplexOpenLate pic.twitter.com/eSC38rNTIt