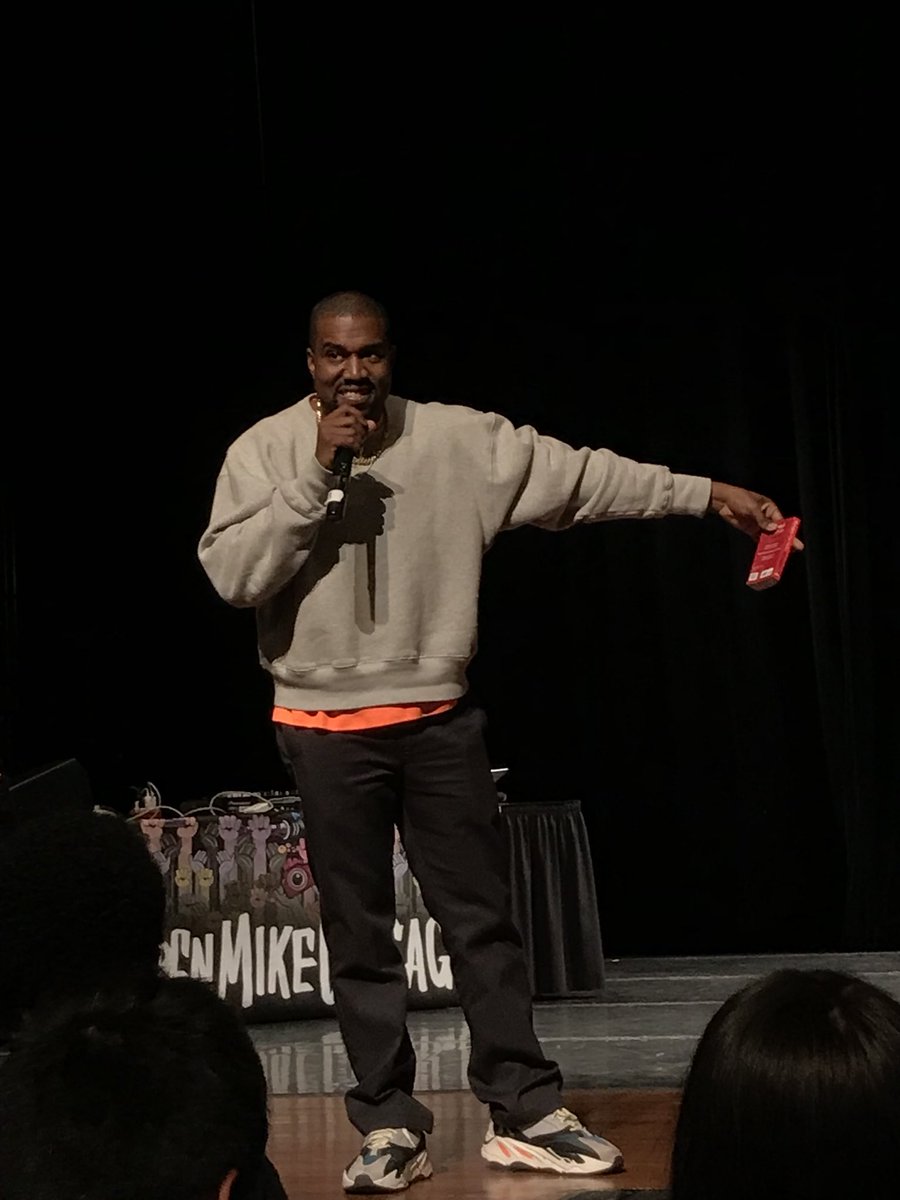 Kanye West has been back in Chicago a lot lately. After years or hate for not showing Chicago enough love, Ye has been back in his hometown living working and spreading positivity. He was at an event with Chance The Rapper today where Ye went ahead and officially announced his new album Good Ass Job with Chance The Rapper. He went on to leave the event to head to the studio to work on it more. Peep the video of it below.

“COLLAB ALBUM WITH CHANCE”. SAID HE MOVED TO CHICAGO PERMANENTLY AND NEVER LEAVING