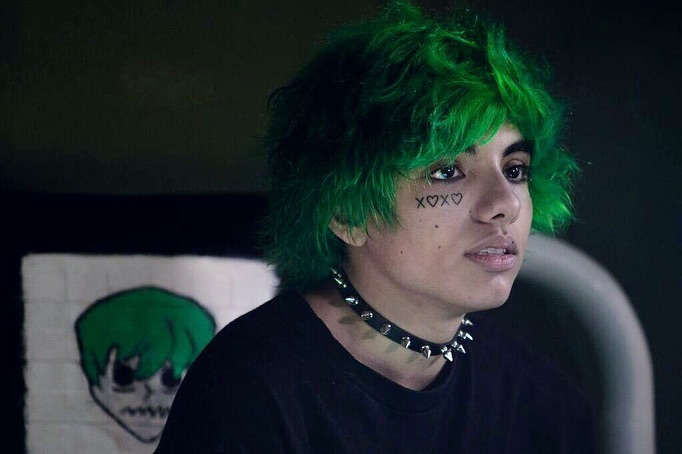 It’s not often that a new artist pops up out of nowhere it seems with incredible music and some big love right from the jump but that’s what we have here with JUMEX. The green haired, emo embracing kid just dropped his debut songs “Trapped” and “Loner” and they’re pretty amazing. Definitely what helped kick shit off for him was Taco Bennett played “Trapped” over the weekend during his DJ set at Flog Gnaw and he had the crowd erupting to a song I’m sure no one in the crowd knew. The song itself is a special breed. The beat is peak banger material for rap but JUMEX takes it to another level, incorporating his hardcore and emo inspired vocals as well as his rap influences. The song is more proof that rap is going to keep embracing this sound more and more. Along with that banger he dropped “Loner” another new song that takes the beat from ION LIL GUT‘s “High School”. Get hip to this kid, he could be huge.