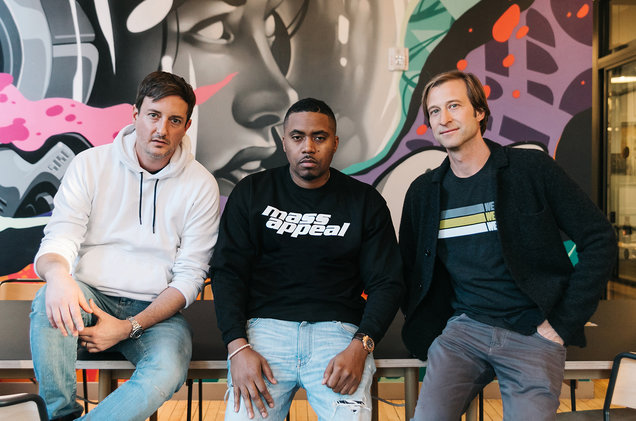 Billboard published a telling new interview today with Nas and two of his colleagues at Mass Appeal and WeWork, Peter Bittenbender and Michael Gross which dug out some new details on Nas’s follow-up album to Life Is Good.

The interview talks a lot about the Mass Appeal office space, including the newly built studio in the office which is where Nas is currently working on his new album. When asked, “Can fans expect the album before the year is over?”, Nas responded definitively with “For sure.” He doesn’t reveal much about the album, not delving out a title but he did mention that he’d been working recently with Fashawn and Statik Selektah in the new studio space. Check out the full article here.