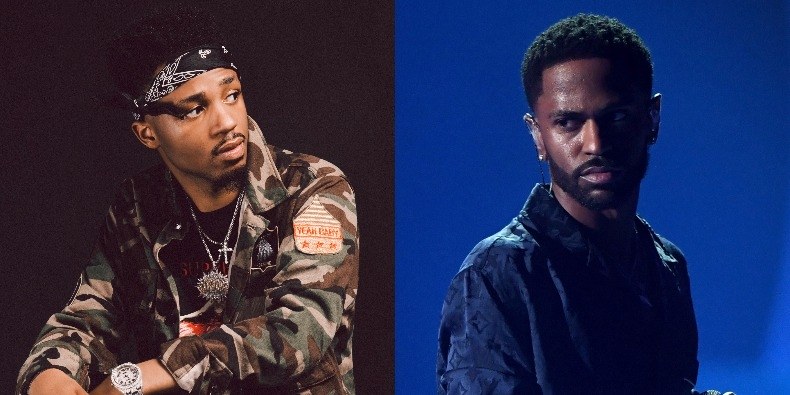 A few weeks ago Big Sean & Metro Boomin teamed up to release the single “Pull Up N Wreck“. Unlike Metro’s recent two singles “No Complaints” and “Blue Pill”, this song wasn’t put out under exclusive license to Republic Records, whom Metro Boomin‘s signed to. Both Big Sean and Metro Boomin are on Universal but still “Pull Up N Wreck” was released on joint license from both G.O.O.D. Music, which is under Def Jam and Boominati Worldwide which is under Republic.

The point being that this was truly put out as a joint song and not just another solo Metro Boomin single, leading us to wonder if this is only the beginning? Well last night they offered some sure proof that something’s on the way. Firt Big Sean tweeted “I ain’t done wit 2017 yet…”

But then a few hours later both Sean and Metro both tweeted “DOUBLE OR NOTHING” around the same exact time, which seems like the perfect title for a project they have together that will in fact drop before the end of 2017. Be on the lookout for updates on this real soon, there’s a good chance you open up your phone/computer either this coming Thursday or the Thursday after that and see the news sweeping Twitter that they’re dropping a full project together.

UPDATE: As I posted this Billboard literally just published an interview with the two of them confirming the album. You can read that here but there was no release date revealed in the piece.