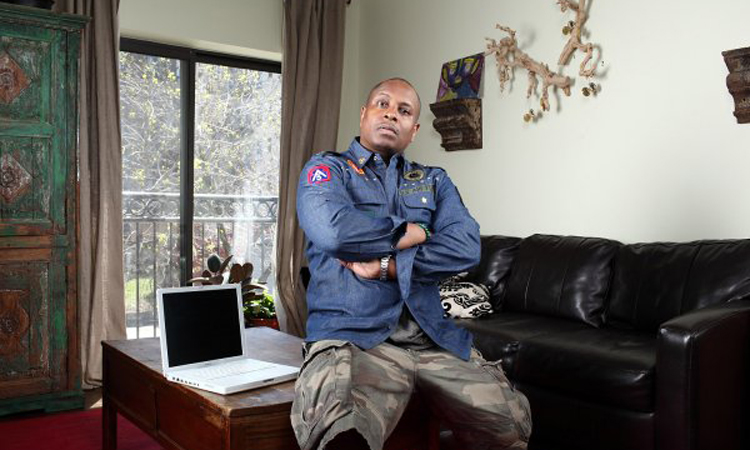 It was revealed a couple months ago that Reggie Ossé a.k.a. Combat Jack, iconic hip hop podcaster had been battling colon cancer and the news has only gone down hill from there. Reports are swirling in that Combat Jack has indeed passed away this morning. Cancer has taken another great soul from us. R.I.P. Reggie, you’ll be dearly missed.

Combat was the founder of The Combat Jack Show and co-founder of Loud Speakers Network along with Chris Morrow. Loud Speakers has become a flagship name in the ever-booming podcast industry and they are home to a very many shows include The Combat Jack Show, Brilliant Idiots, Tax Season, Fan Bros and many more. And prior to that, Combat was an attorney for over a decade in the industry, most notably spending a lot of his career at Def Jam and Roc-A-Fella Records. Combat was 48 years of age.

Hip Hop has lost one of its most important historians and voices… we had serious ups and downs but I was so happy we had made things good… Rest In Peace to my friend Combat Jack….

As if 2017 couldn't get any worse, we have lost our dear friend @Combat_Jack, who has passed away from his battle with colon cancer.

We will miss you, Reggie. pic.twitter.com/hqRZRWwGfs

DAMN MAN REST IN PEACE TO MY BROTHER @Combat_Jack ONE OF THE FIRST PEOPLE TO EVER EMBRACE ME IN THIS WHOLE SHIT. MY HEART IS HEAVY MAN FUCK. LOVE ALWAYS.

reggie osse was one of the smartest and most helpful ppl i met in this game. he was my listener and i was his. and i hate to know he’s gone. r.i.p., @combat_jack.

Damn. Rest In Peace Combat Jack. Combat was a living history book for hip hop and was always down to share that information. More importantly, he was kind. We need more of that. And his presence will be missed deeply, but he’ll never be absent.