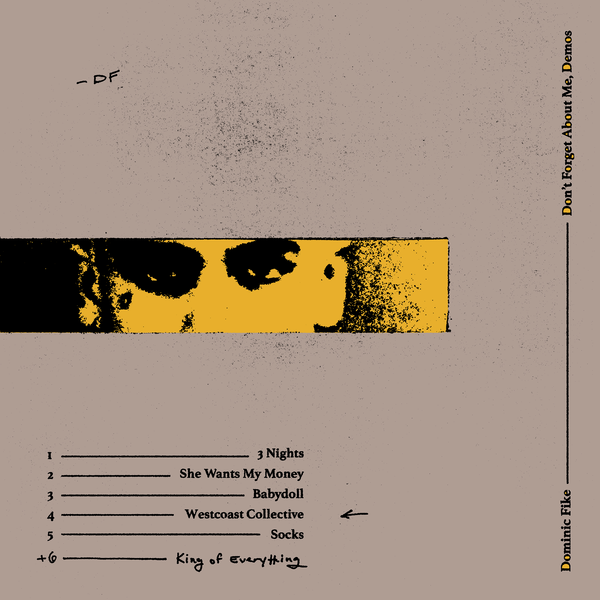 Dominic Fike is leading the charge of a burgeoning Naples, Florida scene and he’s one of the most highly touted musical prospects I’ve seen in a while, period. He secured a $3-4 Million deal with Columbia Records without having any music out! Well he did originally have his 3 Nights EP out in the public (among other older music), but he ended up taking it down and the industry really fell in love with him while that music was off the internet and while he was away serving a short jail sentence. Leading to an industry bidding war with Columbia Records winning out.

Today they officially begin the push of Dom into the light as they’ve officially released his debut project Don’t Forget About Me, Demos. Most of these songs were on the 3 Nights EP that had been removed from streaming and there’s a couple added additions, making this a 6-track affair. Still though, these are still older songs, that he made around a year ago. This is just a teaser of the music that really made the industry get all up in arms about signing Dom. We haven’t even heard so much more of what’s to come. Go ahead and stream the full EP below. It’s been on repeat for me all morning.

Don’t forget about me pic.twitter.com/icOv02AoLy